Prelude from Sabrina: How bittersweet! Who wouldn't LOVE to see their child's name in the paper for his or her accomplishments. Well, he made it for one of life's biggest accomplishments I can think of, overcoming cancer!! Here is an article and photo that appeared in today's local paper. Please keep in mind that the camera adds 100 lbs!!! (Smile) 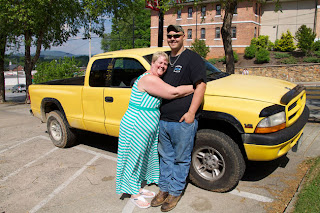 By Jeremiah Reed
Staff Writer
Posted by Unknown at 7:13 AM