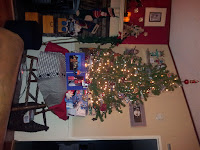 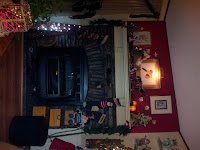 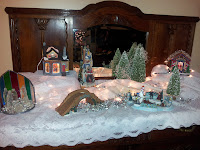 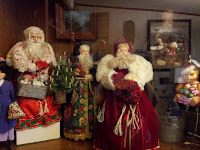 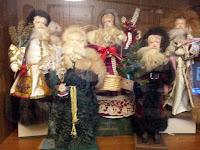 Can  you tell that Christmas has come to the Kensinger - Fisher house?  Not having much "spirit" about the Holidays, I wasn't going to put out all of our decorations. This morning I woke up with a list in my head to finish up the weekend chores. I was still coughing most of the night,  so my morning started early. Frank and Chris (his employee and one of Zacks best friends) had to work again today. Chris arrived at the house an hour earlier than expected, he had forgotten that Lowes didn't open for another hour. So he and Zack had some time to hang out and catch up. Chris is a very caring young man. He goes with Zack to a lot of his appointments and when he noticed I was not well, asked how I was doing each day.

Once Frank and Chris left to work, I fixed a nice breakfast for Zack and I. He still didn't really have much of an appetite so he only ate a little. Imagine my surprise when he came out and said his leg was much better. His blister on the other leg finally ruptured so he cleaned and bandaged it. We have to make sure that nothing gets infected, as his immune system can make it harder for him to heal as he would normally.

I continue with the laundry and start to hang garland up. Zack had noticed that the garland hanging from the mantle over our new heater had melted and was all hanging down instead of being round and fluffy. For safety, we had decided to remove that and I put it on the mantle. I then placed my Dads Victorian Father Christmas figure and horse on the mantle as well. My parents had made these for years and we would travel around the Country selling them at high quality arts and crafts shows. The Biltmore House that I talk about so often, had commissioned them to make an authentic Victorian clad "peddler" and a sleigh. In Seasons past, we would see them displayed in the "Chippendale room" and other rooms of the house. This is the first year we could not spot them.  My other Father Christmas figures I had placed on two shelves in the home office and put plexi-glass in front to seal out the dirt and dust. These can't be displayed in the living room as in previous years, but we have the pleasure of enjoying them year round.

Checking in on Zack, he is continuing to do better. He is resting and hasn't even asked to go anywhere. We decided to cancel his radiation treatment for tomorrow. He needs one more day to let the burns heal. He will then be in the Hospital on Tuesday (if counts are good) and can continue with the final four treatments. We also will feel more comfortable, as the nursing staff can treat his burns and keep a close eye on him. He doesn't argue with us, he is actually pleased that he doesn't have to drive there. This will also give him a chance to turn in some of his school work and collect more to work on in the Hospital.

Before I know it, Zack has brought in the last box containing a portion of my mother in laws Village buildings. The entire village was divided among the four children when she passed several years ago. I always put this out on my grandmothers buffet (Kas in Flemish) and create a winter wonderland with hidden lights and lace cloth to mimic snow. Once I am done with the finishing touches, I vacuum the house and it is time for a nap, but not before putting in a "frozen" pumpkin pie for dessert.

I wake up just as Frank and Chris return from work. I would love nothing better than to go to bed and sleep for the rest of the night, but I need to finish dinner and have billing to send out for Franks business. Once that is all done, Frank brings my dinner to me as I complete it, I fold up everything and go lay in the bed.

Though most would say I didn't rest this weekend. My idea of rest is not running from one appointment to another and not feeling anxious about everything on my list. I take time to sit and rest in between "projects" and finish the weekend off with a sense of accomplishment but also a little more rested.