Today started and it looks like, will end a normal day. Zack woke up late and has been in his room doing his school work most of the day. His throat is still not back to normal so he decided to stay home. His friend that he was supposed to go hunting with tomorrow had to go to Asheville today, when he returned he told Zack he broke his bow, so they won't be going. Zack says he doesn't care, but you can see he is disappointed. He was asked to go to the local football game last night, but that would be asking for trouble, so I had to be the "mean one" and tell him no. He said he knew that would be the answer, but figured he would ask just in case. We did let him go up to Drakes for awhile tonight. He needed to get out of the house for awhile as this is the Hospital week and he will be "trapped" for five days.

His eyes have been bothering him with his contacts in and for the first time I see dark circles under his eyes.  He says that's because he has been wiping his eyes a lot. That makes sense to me, but am glad he will be seen on Tuesday. Looks like we got his glasses just in time. He has been able to wear them while doing his work. The Doctors said that sometimes the eyes are effected by the treatment and it may be hard for him to keep wearing his contacts as much as before. 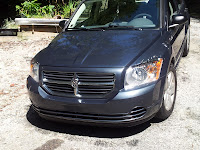 Frank spent the morning fishing with Jeff and then had to remove the tree that fell on our driveway yesterday morning. I had decided to bring home the part that makes the popcorn from the office. This isn't just any popper. It was originally in a movie theater and after many mornings of making popcorn I decided to bring it home and give it a good pressure washing. Well, you know how that goes. I already had the pressure washer out so.. I might as well clean the patio, then the furniture, then the house, and when that was all done I was ready to clean and detail my car. We spend so much time in it now driving back and forth to Asheville, I would enjoy it more clean. Okay Okay, as my dear friend Nancy said she saw a car in NY with eyelashes and a tag that read Miss OCD.. and "thought of me". SO TRUE!!! (oh did I mention, I finally put the eyelashes on my car as well?) I know I was "supposed" to rest today, but truth be told, doing what I did makes me happy. It brings me pleasure and isn't life about what makes you happy? Especially in between all this crap that is going on? 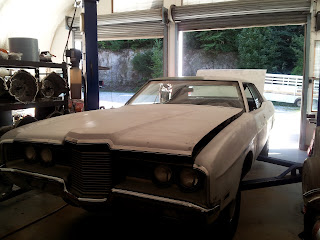 Once everything was completed, Zack asked if I wanted to go and see his car which is still at Shawn and Floyds house waiting for yet another repair before it is running. Since it seems to be "car day", I decide the drive would be good for us both and even though bookkeeping is still waiting for me, time with Zack was more important. We pull up their drive and the car is on the "rack" in Floyd's shop. We get out and Zack is surprised. I had asked Floyd if he could get it running, but thought he was not able to do the work, that we would have to move it to another garage. (Floyd's specialty is transmissions and with a bad back he isn't supposed to bent over or under an engine for long periods of time) The car is huge, it is perfect for him. I peek at the front seat and it is beautiful! This was the surprise early Birthday present from Shawn, Floyd and Darrick. This is also the car that Zack and two of our neighbors are going to paint for his Senior project. Right now he is working on the paperwork for the project. The actual painting will be within the month if I understand correctly.

We are back home within the hour and once I put in the final load of laundry (they guys did their own YEAH!!!) I head into the home office and complete Franks business billing for the month. I still have to do other bookkeeping for him, but will be able to do that next weekend when we return home.

I am hoping for a normal day for us all, tomorrow.  I want a normal and productive day at work. A normal lunch. A  normal homecoming to a normal meal with my normal.. okay well.. with my family.  I may be asking for too much, but I'm shooting for the moon  for us all.